The f-stop or f-number is a concept directly tied to aperture. To achieve your desired visual impact, you need to understand aperture—what it is, what it does, and how to manipulate it. This article will teach you the basics of f-stop and its application in your photography.

I wrote an in-depth discussion of aperture in another article that I recommend you check out. But to discuss f-stop, I first need to provide a summary of aperture.

Aperture is the opening hole in your lens that determines how much light passes through by adjusting to open wider or smaller. It’s composed of aperture blades that move to form the hole. 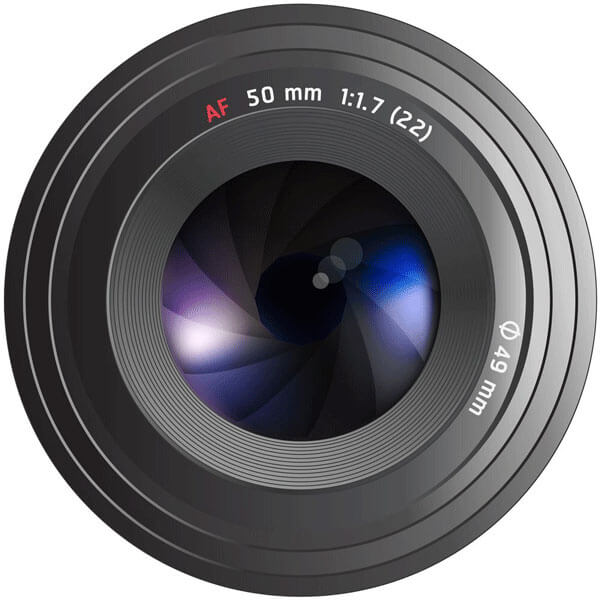 Aperture determines how light enters your lens. If you make the aperture smaller—or “stop down,” as it’s called—there’s less space for light to pass through. If the aperture is shot “wide open,” then there’s more space for light to enter. The two main effects of aperture are changing the exposure and depth of field. I’ll discuss those more in detail in their sections below.

Aperture has a significant effect on the way your photos turn out. I consider it the most vital part of the holy trinity—shutter speed, aperture, ISO—which is why I typically shoot in Aperture Priority mode. To help you master this essential photography setting, I’ll teach you all you need to know about how f-stops work.

Why is aperture measured this way using f-numbers? Many people won’t bother to understand since it doesn’t affect how you use aperture anyway, and it can be confusing. I honestly don’t even care about the science behind it since it doesn’t impact my photography.

But let me give you a complicated explanation you’ll probably forget:

Why use “f?” It’s easy: the “f” is short for focal length. Again, the f-number translates to the focal length divided by the diameter. Take your standard 18-55mm kit lens focal length. At the 18mm widest zoom and the f-stop turned to f/3.5, you can solve the diameter as 18mm/3.5, which equates to 5.14mm.

A larger number means that the fraction is smaller, equaling a small aperture; a small number indicates a larger fraction, equaling a larger aperture. For example, treat f/4 as if it were ¼, and f/16 as 1/16—using your basic math skills, which is the larger value?

As you can see, the hole gets progressively smaller as the f-number increases. If that’s confusing at first, remember that all you have to do is reverse your conventional logic, and it’ll become natural in no time.

There are two main ways that most cameras nowadays adjust their aperture.

First, since the aperture is a physical mechanism found within the lens, it uses an aperture ring that manually adjusts the f-stop as you turn it. The aperture ring is typically located behind the focus ring. You’ll likely find this feature in vintage and analog lenses. There’s something about adjusting your aperture this way, as it provides a tactile feel to your photography process.

Second, most modern lenses have more electronic components that communicate with the camera body, so that the aperture can be adjusted using a camera body dial instead. The dial sends electrical signals to the lens aperture based on what f-stop you’re using. More people find this method convenient, but it does lose the tactile experience I mentioned above.

Like ISO and shutter speed, f-stops are measured in double/halved increments. As it steps up or down these double/half increments, it means that there’s double of half of the light passing through.

It’s important to note that even if it seems logical, f/2.0 and f/4.0 don’t follow as double/half increment, nor do f/4.0 and f/8.0. Cameras have these values marked already as the default double/half increments, so it won’t be too hard to remember. There are also 1/3 or ½ values in between these increments if you need more fine-tuning.

Note that not all lenses have the same maximum aperture capabilities. Most zoom lenses fall within the f/3.5-f/5.6 range, though some expensive ones can open up to f/2.8. Prime lenses can typically open wider with apertures of f/2.0 or lower. The widest aperture a lens can reach is indicated at its model name. My Nikon 50mm f1.8, for example, has a maximum aperture of f/1.8—wide enough for most purposes where I use it.

Most photographers value lenses with larger maximum apertures and are willing to pay top dollar just to get it. A large aperture allows for more light to pass through the lens, which is particularly useful for portrait and low-light photography.

As for minimum aperture, this isn’t much of a concern for photographers. Most lenses, zoom or prime, can stop down to f/16 or f/22, which are apertures that are rarely used.

Some lenses also have what is called the “sweet spot” for aperture settings. It’s the optimal f-stop where the lens can provide the most amount of detail and pin-sharp focus. Most lenses hit the sweet spot at around f/5.6; however, each lens has its own set of quirks. The best way you can determine the sharpest f-stop range is to test the lens. Shoot the same subject at different f-stops and compare the photos on your computer screen. The sharpest photo will point you to the sharpest f-stop.

A low f-stop means a larger aperture, which means that more light can pass through the lens and into the sensor. Your f-stop value directly affects the exposure of your image. Larger apertures lead to a more exposed and brighter image; small apertures lead to a less exposed and darker image. You’re essentially providing the sensor with more light information to translate into image exposure as you lower the f-stop and widen the aperture.

As I’ve mentioned before, having a large aperture, like f/2.0 and f/1.4, can be helpful in low-light scenarios, like astrophotography or indoor events. If the environment is too bright, like on sunny days, then stopping down your lens helps prevent overexposing your image.

Depth of Field and F-Stop

Larger apertures create a shallow depth of field, which means that there’s a narrower part in focus while the background and foreground are more blurred. This blurry quality is also called “bokeh,” which is the Japanese term for out of focus or blur. A small aperture creates a deep depth of field, meaning that more background and foreground elements are in focus. Take a look at the comparison below:

The left image is shot with a wide-open aperture, resulting in a blurrier background and more subject separation, while the opposite effect occurs in the right image. When photographers ask me about how to achieve very blurry backgrounds, smooth bokeh, and effective subject separation, the answer is straightforward: change your aperture settings to the lowest possible f-stop.

Here’s a real photo comparison to help you visualize it better:

If you aren’t achieving enough background blur, your f-stop isn’t low enough. If you’ve maxed out your lens’s aperture, then the best way to get more bokeh is to own a lens with wider aperture capabilities. F-stop values like f/1.8, f/1.4, or f/0.95 will provide you with extreme bokeh.

Of course, smaller apertures have specific uses, too. If you need a deep depth of field to get more of the scene in focus, like landscape or architectural photography, you should stop down your lens. Ideal f-stops to get a detailed image are from f/8 to f/16.

Knowing how the depth of field effects of your aperture and adjusting it according to your image’s needs is essential in achieving your desired visual impact. Portraits typically need to separate the subject from a distracting background, so a low f-stop is needed; landscapes need to show the entire scene in focus, meaning a higher f-stop will do the trick. Master this aspect of aperture settings to level up your photography game.

Adjusting your f-stop produces many other effects on your image, and I’ve compiled an in-depth explanation of these effects in my article on aperture. For now, let me just quickly enumerate what you can expect:

How does f-stop affect aperture?

F-stop is the value used to measure aperture size. When you lower the f-stop, the aperture becomes wider; when you increase the f-stop, it becomes smaller.

How do I know what f-stop to use?

It depends on what kind of scene you’re dealing with and the desired effect you want in the photo. If the scene is too bright, a higher f-stop will help avoid overexposing the image, but if the scene is too dark, a lower f-stop can let your camera take in more light for proper exposure. For more subject separation, use a low f-stop; to get more of the scene in focus, use a high f-stop. Adapt accordingly to your conditions.

Higher f-stops mean that more of the scene is in focus. But if you turn it too high, diffraction starts affecting your photos, which can result in ever-so-slightly fuzzier details than if you used a lower f-stop. All lenses have a “sweet spot,” where the f-stop produces the best sharpness and detail. Test your lens to determine what this sweet spot is.

What is the maximum f-stop of my lens?

Lens names indicate the lowest f-stop they can achieve. A 50mm f/2.0 lens means that the maximum f-stop is f/2.0.

Now that you’ve finished this article, you’re well-acquainted with the f-stop—most importantly, how it’s related to aperture and how it affects your images. There’s still a lot more comprehensive information you can learn to understand how aperture works to become a master photographer. If you haven’t read my aperture article yet, I recommend that you do.