Shutter speed is part of the holy trinity of photograph settings, along with ISO and aperture. It affects your photo’s exposure and determines how much motion blur your camera captures. Using the correct shutter speed is essential to creating the desired effect in your photo. By the end of this article, you’ll understand everything shutter speed does and how to properly set it.

Cameras have sensors that receive the light information passing through your lens. Our sensor is what allows the camera to record the scene, but it only captures the light for a certain amount of time.

To take a shot, we first click the shutter button, which activates the curtain-like mechanism called the “camera shutter” between the lens and sensor. The shutter first closes, then it opens, and finally, it closes again. The moment the shutter opens is when the sensor is exposed to the light, and the amount of time it’s open is the “shutter speed.”

You can simulate it with your vision. Place your hand in front of your eye to cover it completely, then move it up to expose your eye, then back to its original position. Count how fast you can do that cycle. In this simulation, your eye is the sensor, and your hand is the shutter; that’s basically how the camera shutter works.

Try it with your camera. Look inside the camera and press the shutter button to take a photo. Notice how the sensor momentarily gets blocked by a curtain? That’s the shutter. You can also detach the lens to take a good close-up look at the shutter—but I wouldn’t touch it if I were you!

The shutter is designed to move quickly, so its opening speed can be as fast as a tiny fraction of a second. We typically measure shutter speed in fractions of a second. Of course, it can also last for seconds, and if it reaches 60 seconds and more, we can start measuring by minutes, but this is seldomly done.

It’s conventional for most modern cameras to omit the numerator since it will be “1” in a fraction of a second. You’ll see numbers like 8, 60, or 250, which just denote 1/8, 1/60, 1/250 seconds respectively. When you start getting to the actual seconds like 2, 4, or 15 seconds, the camera differentiates actual seconds with a symbol so that you won’t be confused.

Nowadays, cameras can go as fast as 1/4000 or 1/8000, or as slow as 30 seconds. If you want to exceed 30 second limit of your camera, a special mode allows you to do that. It’s called the remote trigger or “Bulb” (B) mode where you have to manually hold the shutter button to keep the shutter open for as long as you want.

Film/vintage cameras had analog shutter speed dials where the speeds are written in increasing increments. You manually turn the dial to indicate what shutter speed your camera will capture the photo.

Now, in almost all DSLRs and mirrorless cameras, it is done electronically. There’s a tiny dial that you just flick left and right to adjust the shutter speed. 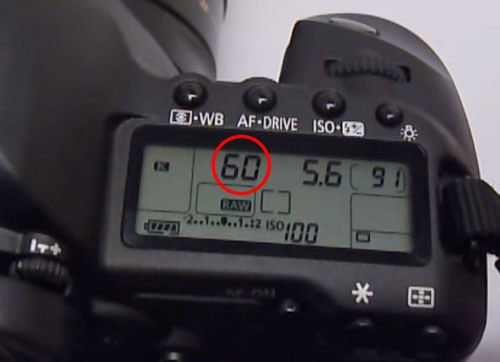 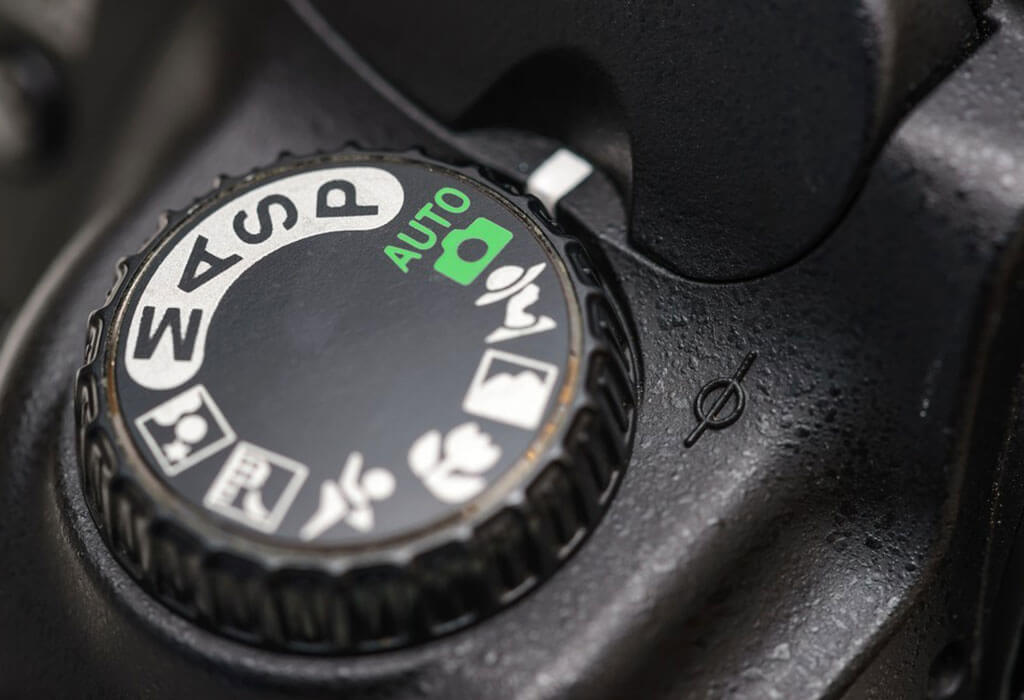 Camera processing is pretty smart, so I leave the shutter speed on automatic in most cases. Doing so gives me photos that are often frozen and have no motion blur. However, in cases where I specifically want to create motion blur effects in the image, I take manual control of the shutter speed. 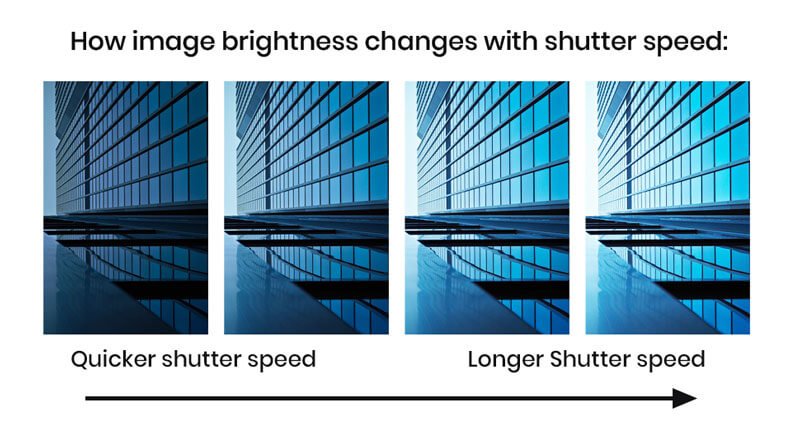 The other significant effect of shutter speed is introducing motion blur in your photo.

When your sensor is exposed, it takes an “imprint” of the received light. At a fast shutter speed, the sensor is exposed quickly to the light; the result is that any moving subjects will be entirely frozen in time. When I’m photographing a subject that moves very quickly, and I want to freeze it, then I use shutter speeds in the thousandths. 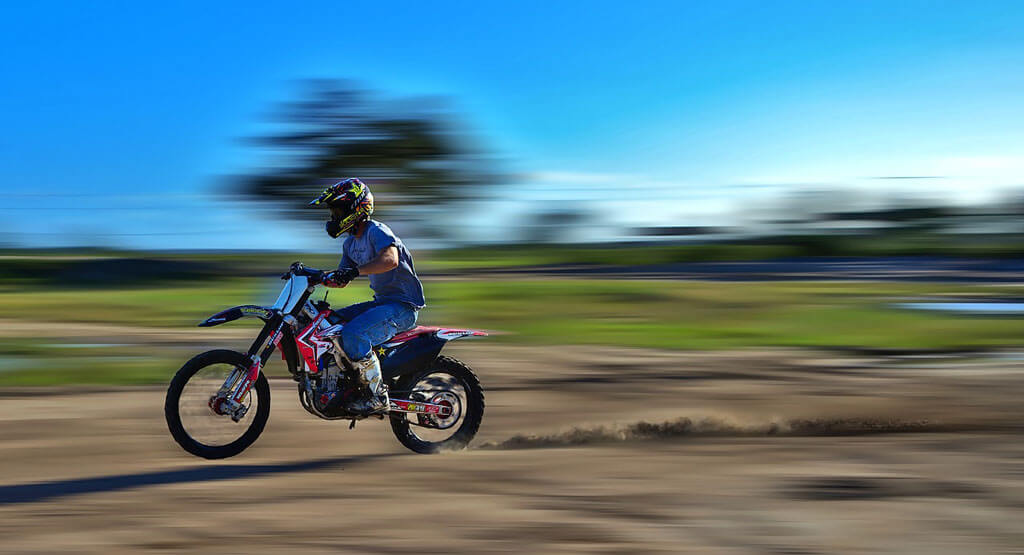 Using slow shutter speeds allows more time to capture motion changes in the scene—e.g., the flow of water, subject movements, etc.—which translates to motion blur. The completely static elements in your scene will still be sharp, while the moving elements will appear blurred.

Take a look at the photo below to see motion blur in action: 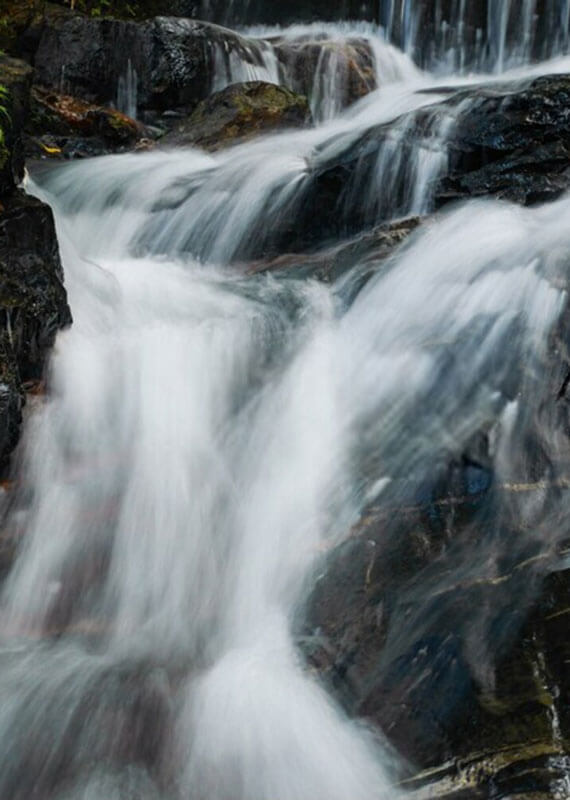 The flow of water is a particularly exciting subject for capturing motion blur. It creates a dreamy feel and evokes the actual movement of water.

Motion blur can also be introduced not from subject movement, but the photographer’s error. As a beginner, I’d make the mistake of handholding my shots at prolonged shutter speeds, thinking that my photos would turn out sharp anyway. As it turns out, the camera registers even tiny movements of the hand, which can lead to fuzzy and blurry details on the image.

I had to remedy the problem through two solutions. First, get a lens, camera body, or both, that has built-in stabilization. The equipment practically stabilizes the lens and sensor to compensate for the handholding shakes. The second (and probably cheaper) solution is to get a tripod.

Okay, there’s a third magical solution that won’t cost you anything: just place your camera on a still surface, and voila!

When do I use slow shutter speeds?

Set to slow shutter speeds to get a brighter image if the scene has poor lighting conditions, or if you want to introduce motion blur.

When do I use fast shutter speeds?

Set to fast shutter speeds if the scene is too bright, or if you want to freeze your subjects and eliminate motion blur in your image.

What is the camera’s slowest/fastest shutter speed?

Different cameras have different shutter speed limitations. Try turning your camera’s shutter speed setting to the slowest and fastest to find out. Many cameras go as fast as 1/4000 or 1/8000, and as slow as 30 seconds.

Where are the shutter speed settings on my camera?

Check your camera’s top or rear LCD screen. Shutter speed is denoted as fractions of a second or whole seconds—e.g., 1/4000 or 2s. Your digital camera’s default main dial setting is usually for changing shutter speeds.

Now that you’re familiar with shutter speed and what it does, it’s all a matter of shooting and practicing with your camera to make setting the shutter speed second nature to you. The primary effects of shutter speed are merely controlling the exposure and creating or eliminating motion blur.

If you know what you want to see in your photo, then simply adjust the shutter speed (or leave it on Auto, like I mostly do) along with the ISO and aperture and click away!

You can check out my other articles on ISO and aperture to learn how they work with shutter speed.